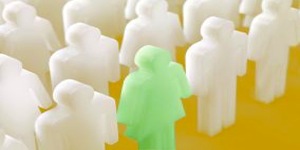 The Group of 20 (G20) has declared itself the “premier global economic forum” and was created to tackle the most pressing challenges confronting the world economy today, including reducing instability and preventing future financial crises. The G20 has committed itself to a goal of shared and inclusive growth. Given this commitment, it is striking how little attention has been paid to issues of gender equality in its policy frameworks, summits, and declarations.

A report By James Heintz examines the G20’s strategies and their effects on gender equality. It finds that the G20 has not seriously considered the consequences for women and men when formulating policies and setting its agenda. There are indications that this situation has changed somewhat, with a commitment to gender equality made at the 2012 Los Cabos Summit in Mexico. Nevertheless, questions remain over whether gender equality will be taken seriously. Representation within the G20 is unbalanced – only 25 percent of the heads of state of the G20 member countries are currently women. The figure for the official government representatives, the “sherpas,” is lower – just 15 percent are women.

Broad-based economic policies have gender-specific effects because sources of gender inequality interact with changes in the economic environment to produce distinct outcomes for women and men. Gender-blind policies are rarely gender-neutral. Gender bias must be identified within the G20’s approach to economic governance if the commitment to inclusive growth is to be realized.

This report analyzes the policy areas identified in the G20’s Framework for Strong, Sustainable and Balanced Growth and subsequent summits and processes, including fiscal policy, monetary policy, global rebalancing, financial regulation, trade, social protection, and employment. Although the G20 has committed to policy positions in each of these areas, actual implementation frequently falls far short of the mark.

The G20 has embraced a strategy of “fiscal consolidation” which requires reductions in government borrowing and public debt. Although consolidation could be achieved by raising taxes, the emphasis has been on spending cuts. In terms of monetary policy, the G20 has emphasized price stability, which typically involves targeting low rates of inflation which may negatively affect employment.

Several G20 policies have implication for international trade: exchange rate policies, multilateral trade negotiations, and “rebalancing” the global economy between major exporting and importing countries. Because women work in different jobs than men, changes to the trade regime affect sectors of the economy differently and have specific consequences for women’s and men’s employment.

The G20 has pledged to strengthen financial regulation to avoid the conditions that led to the 2008 global crisis. The regulatory reform agenda promises to implement new banking standards, review executive compensation, harmonize accounting practices, regulate over the counter (OTC) derivatives, rethink the role of credit rating agencies, and strengthen the supervision of institutions seen as “too big to fail.” Financial reform has important implications for gender equality, since crises have specific impacts on women and men, yet the implementation of reforms remains weak. The G20 has also endorsed improvements to social protection policies. Social protection not only assists those worst affected by crises, but also supports recovery by bolstering demand. Developing effective social protection policies requires taking gender dynamics into account.

Since 2010, the G20 has taken on issues of global development. The G20 Seoul Development Consensus for Shared Growth and the Multi-Year Action Plan on Development identify nine pillars of economic development: infrastructure, human resource development, trade, investment and job creation, food security, social protection, financial inclusion, domestic resource mobilization, and knowledge sharing. The development agenda explicitly refers to gender equality, but the focus is largely restricted to gender gaps in education and health. The Development Action Plan expires this year. As the G20 looks towards a revised Action Plan and the post-2015 development agenda, gender equality should be integrated throughout the policy framework, including issues such as employment, social protection, unpaid care work, asset ownership, financial inclusion, violence against women, and reproductive rights.

Based on this analysis, the report makes five concrete recommendations:

1.establish a G20 Task Force on gender equality to prepare a Toolkit on Economic Policy and Gender to integrate gender into the G20’s agenda;
2.ensure that gender equality is more fully reflected in the G20’s two primary policy frameworks – the Framework on Strong, Sustainable, and Balanced Growth and the Development Action Plan;
3. incorporate gender equality into the G20 monitoring activities of international organizations, such as the IMF, OECD and WTO;
4. use existing gender equality indicators and develop new indicators to assess progress within the G20 and internationally; and
5. initiate a consultation process with key stakeholders on the Toolkit on Economic Policy and Gender and the ways in which the G20 should be held accountable for advancing gender equality.

If adopted, these recommendations would represent significant steps towards integrating gender throughout the G20’s policy priorities and would fill a gap that currently undermines the goal of shared and inclusive growth.