Home > Private Sector & Corporate Power > Why is the Internet a Feminist Issue?

Why is the Internet a Feminist Issue? 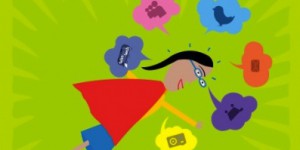 The women’s programme of world’s oldest progressive internet network outlines its priority issues for the 12th AWID International Forum on Women’s Rights in Development that will gather over 2000 women’s rights activists from around the world from April 19 to 22, 2012 in Istanbul, Turkey.

Self, body and autonomy

The internet is a key channel for access to information otherwise difficult to come by due to existing regulation, monopolistic media or censorship by the state and culture. Access to critical information such as support services for survivors of violence against women, reproductive health matters or sexual rights enables women to make decisions about their selves, lives and bodies, and to exercise autonomy and self-determination. Control and ownership over internet technologies can also result in a sense of personal empowerment. Ensuring equal and meaningful access to the internet includes issues of costs, availability, relevant content, privacy and safety.

“A lot of people look online for [information on emergency contraception], where else will they go? You can’t ask friends, as they will spread it around. You don’t trust anybody in these things.”
– Punita, EROTICS report, India

The internet can be an important space to engage in the shaping of culture and society. Women and girls can express their diverse realities without being confined by the sifting powers of institutions such as broadcast media. This means that different discourses are able to proliferate and norms that discriminate against or silence marginalised sections of society can be challenged or dismantled. It enables women and girls to overcome limitations in mobility, culture and cost to form communities, discuss shared concerns, provide mutual support, create knowledge and organise for change. However, increasing censorship and regulation of online spaces such as LGBT sites being hacked or blocked and silencing tactics through misogynistic hate speech on feminist blogs threaten to narrow our spaces and limit our freedom of expression.

“Free speech means being free to use technology and participate in public life without fear of abuse – and if the only people who can do so are white, straight men, the internet is not as free as we’d like to believe.”
– Laurie Penny, Guardian, United Kingdom

The internet has also brought new economic models based on sharing and openness; such as the free and open source software movement, copyleft to increase cultural and knowledge circulation in the public domain and crowdfunding to mobilise resources from the public. Many governments have dedicated resources for improved internet infrastructure under the framework of economic development. Mobile phone and community internet access in rural areas have broadened women’s livelihood options and wellbeing. The increasing enforcement of intellectual property rights and erosion of privacy online threaten this framework of openness and its potential for alternative forms of capital circulation.

“Online privacy and security has always been a central issue for queer communities, who are known to use anonymous log-ins, nicknames, multiple online identities, and other strategies to protect themselves from outing. [It] will only become more crucial as new social media trends push online users to reveal more and more about their preferences, purchases, locations, connections, and everyday activities.”
– Bekhsoos.com

In recent years, we have seen ordinary citizens coming together to demand change in governance, culture and market ideologies – from the Pink Chaddi campaign, to collective mapping of violence against women, to the Arab uprisings to Occupy Wallstreet. The internet has played a key role as a site where alliances and communities are formed, violations are surfaced, supporters are mobilised and communication spaces for action are created. It is an important public sphere for political contestation where different actors, struggles and concerns are able to converge to inform or transform norms, public opinion, and in turn policy. Governments demand greater control over the way that the internet is governed while divesting their duties to the private sector to enforce legislation or ensure human rights are respected.

“Just like the streets, the newspapers, the schools, and the government, the internet is a public space that we can, and should be, involved in – not only as providers of content, but having a say in the mechanisms that shape what can be said, how, and by whom. Are women present in the decision-making arenas, and if they are, are issues of women’s rights and a gender analysis being put forward in spaces that can make a difference?”
– Aisha Lee Shaheed, Violence is Not Our Culture Campaign

Photo by APC. Used with permission under Creative Commons License 2.0.