Home > Financial Flows > How to Advocate for Gender Equity through Taxation?

How to Advocate for Gender Equity through Taxation?

Posted in Financial Flows, The Role of the State on February 7th, 2013 by AWID Staff 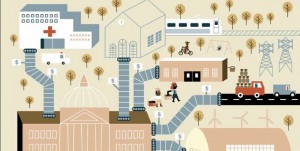 Taxation is gendered and can reproduce or sometimes exacerbate gender inequalities. As demand for increased domestic resource mobilization grows, gender-based organizations need to expose the implicit and explicit gender biases of tax policies and advocate for their removal. This Tax Advocacy Tool Kit from Tax Justice Network-Africa will equip you to do just that. A summary prepared by AWID staff of the issues raised in the economic toolbox session “How to Advocate for Gender Equity through Taxation?” at the 2012 AWID Forum is included below.

Click here to download the Power Point presentation used at the ‘How to Advocate for Gender Equity through Taxation?’ toolbox session

How to Advocate for Gender Equity through Taxation

References: Why Africa should stand up for Tax Justice, Building Democracy in Africa through taxation. Nairobi Declaration on Taxation and Development, Taxation and Gender Equality:  A comparative – Karen Brown and Imran.

1. Tax can be defined as a fee that is levied by a government on a transaction, product or activity in order to finance governance expenditure. The rates are the basis of taxation and the range of transactions, items and activities to be taxed, are decided upon by a legislative body.

2. There are four main principles that form the framework of taxation, known as the four Rs of taxation and they define the purpose of taxation as follows:

3. Public revenues generated through consensual taxation lead to the burgeoning of the state society and in theory, represent a fiscal social contract with mutual benefit for governments and citizens.

4. Tax systems are not gender neutral as their policies can be used to ameliorate or exacerbate gender inequalities.

5. In practice, policies and procedures in taxation can be a threat to political progress, sustainable economic development and poverty eradication, which have greater impacts on women’s rights on a global level, due to the higher tendency of women to face poverty.

6. On a domestic level, the following tax related issues can arise as threats to equitable development:

7. On an international level, the following tax related issues can arise as threats to sustainable development:

8. Many developing countries utilize the incentive of tax havens to encourage business by multinationals with particularly harmful impacts on natural resources, especially within extraction industries.

9. The Dodd Frank law in the US stipulates that multinationals listed on the NY Stock Exchange have to declare information on the number of employees, profit and taxes on a country-by-country basis.  This is a step in the right direction for increased transparency and serves as a model for further action in other countries.

10. Tax justice is a powerful and important crosscutting advocacy tool to reduce poverty,  improve social welfare, resulting in a greater impact on women and especially poor women.  A toolkit has been developed to support this work.

Some examples of tax justice strategies to support women’s rights organizations working on other issues include: