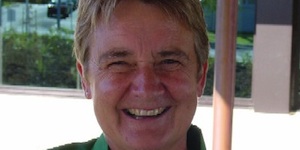 What counts, what doesn’t count, who’s doing the counting, and what are the data used for? After an introduction to the basics using ‘chapters’ from the Who’s Counting? video, this session explored the current status of national income accounting, the best questions feminists can be asking, and the best strategies to adopt. A summary prepared by AWID staff of the issues raised in the economic toolbox session “Gross Domestic Product (GDP) / Growth” at the 2012 AWID Forum is included below.

Marilyn Waring is a New Zealand feminist activist and political economist. Elected to parliament at 23, she chaired the Public Accounts/Expenditure Committee. Marilyn’s work Counting for Nothing/If Women Counted is a feminist economists classic. Further information and background on Marilyn’s life and work is available in the film Who’s Counting? Marilyn Waring on Sex, Lies and Global Economics.

Top Ten Things you should know about Gross Domestic Product

1. Gross Domestic Product (GDP) is the main tool used to measure the economic growth of a country, which is used by investors to assess how/where/whether to invest.

2. The system for measuring GDP known as national income accounting is such that activities can be measured as “growth”, even if they have no actual benefit to the community or the country.

-If an oil tanker loaded up on oil in Alaska, to be discharged down the coast and then discarded the oil in a bunker it would have been responsible for moderate growth. But for example, in 1989, when the Exxon Valdez oil tanker rammed into an iceberg, it was fantastic for economic growth. This incident lead to a number of economic activities that passed through the market including insurance payments, purchase of a new tanker, civil and criminal legal proceedings, clean up operation, compensations (people, tourism), film, television and book rights, and an influx of subscriptions/donations to “green” companies. The loss to the country, the natural world, and individuals in never accounted for in national income accounting.
– Private businesses would never use an accounting system like this to determine their success.

3. The study of Economics includes pretensions of being concerned about the wellbeing of the community.

4. While it is also used to make major strategic decisions about national policies affecting every one, GDP was initially developed to justify war expenditures.

5. When a country is at peace the GDP goes down, consequently there is an economic benefit to activities of war.

6. The production boundary is a set of rules that has been developed (and only moderately revised) via the United Nations that sets out activities that are counted as contributing to the GDP.

7. Because unpaid work, traditionally carried out by women, is not deemed to have monetary value, it is not counted in the economic system, and is considered non-productive.

8. The benefits of our natural world are not counted in terms of the value of the water we drink, the air we breathe and the food we farm when done for subsistence (and consumed by its producers. Food that is farmed is counted when it is sold on the market.)

9. GDP is based on a one-size-fits all solution and the portrait it paints of a country’s well being does not reflect the lived realities of people and the planet.

10. A realistic measurement of the living conditions in a community/town/city/region/state/nation and their relative improvement (and opportunities for such) can be achieved through a human rights approach, which is individualized based on the priorities of that geopolitical area.