Home > Financial Flows > Exploring the Gender Specific Impacts of New Forms of International Trade: How, Why and Where?

Exploring the Gender Specific Impacts of New Forms of International Trade: How, Why and Where?

Posted in Financial Flows on February 7th, 2013 by AWID Staff 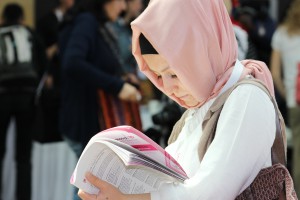 Bilateral free trade and investment agreements are bringing in much more than trade, and their gender impact is changing in nature and depth. This session informed about and explored some of these issues across sectors such as agriculture, industry and services, with a focus on developing countries. A summary prepared by AWID staff of the issues raised in the economic toolbox session “Exploring the Gender Specific Impacts of New Forms of International Trade: How, Why and Where?” at the 2012 AWID Forum is included below.

Bilateral free trade and investment agreements are bringing in much more than trade, and their gender impact is changing in nature and depth. Particularly in developing countries, women tend to be in economically vulnerable positions due to lower wages, higher poverty, working in lower skilled and therefor less stable jobs.  As a result, any major change or shock to the system impacts more heavily on women and others who are vulnerable due to systemic inequalities.

The promise of liberalisation was increased growth, decreased inequalities and the opportunity for developing countries to catch up financially.  However, this has not materialized as hoped.  For example, even though India experienced overall growth, there are many geographical areas that did not benefit from this growth, and more importantly, it actually lead to increased inequalities, with gender indicators being lower.

The agricultural industry has been a significant factor in the effects of international trade on gender.  Many women in developing countries work as farmers.  They rely on the agricultural industry for their income due to ease of entry into the market and skill required.  Shifts in international trade policies have had a particularly harsh impact on agriculture.  The US and Europe provide significant subsidies to agriculture, which reduces the price on food and leads to volatile markets.  Women are being used as an adjustment tool to accommodate for these fluctuations, and are at a higher risk for decreased wages and loss of their job.  A rights-based approach is necessary to ensure that all citizens benefit from the growth in their country, and to promote sustainability.

Women’s organizations have fought against the proliferation of free trade agreements, which seek to open access to economies and lead to the commodification of natural resources and even the human body.  Developing countries have begun to understand the harmful impact of these policies and have started to pushback on the WTO (World Trade Organization) asking for more transparency in processes and policies, rendering the WTO in a state of paralysis.

Nonetheless, bilateral agreements have become more toxic as the definition of investment has expanded to include intangible assets such as intellectual property, which includes patents, trademarks and copyrights.  In developing these agreements, the concept of investor rights has become a central issue, where anything that affects intellectual claims in the country is a violation of the rights of the investor. Further, these agreements even cover issues like the potential loss of profit as a basis for complaint against a government.

Historically, developing countries did not allow patenting on food and medicine due to the priority of public interest in the realm of research. This is because the basis of innovation is access to a previous body of knowledge on which new ideas and research are built.  However, new policies threaten to upset this system by lumping all intellectual property rights together to share the same rules, without considering the implications on human rights. Theoretically, patents are viewed with the perspective that certain people have inventions and/or genius that are deemed to contribute to society.  Inventors get a temporary reward for their invention, which is balanced against consideration for public interest.  With new trade agreements in intellectual property rights, companies can make claims of having their rights violated in a case where patents or other intellectual property rights are not followed.  This is a fundamental shift in the nature of innovation.

The Union for the Protection of New Varieties of Plants (an organization that advocates for the right of public plant breeders) along with the OECD and governments, lobbied for increased protection of research, which resulted in a corresponding decrease in farmers’ rights.  For example, if a farmer uses seeds that they haven’t paid for, this is considered criminal, thus pushing accountability to the state.    The UN Special Rapporteur on the Right to Food has stated that in this respect, these types of free trade agreements violate human rights in terms of access to food and food security.

Private companies and countries are claiming patents all across the board and putting a lot of pressure on further reducing the flexibility of intellectual property rights policies and increasing the protection of their rights as investors.  Women are more vulnerable to these shifts of increased control around food and medicine, due to the femininization of poverty as well as women’s traditional responsibility to provide food and healthcare.

Indigenous groups have also been impacted by free trade agreements and liberalisation advanced vis-à-vis the global trading system.  For example, with NAFTA, small indigenous farms have been impacted, both on an economic and cultural level.  In the indigenous Mexican population, corn is part of their identity.  But with increased trade and intellectual property policies, corn has become more expensive and less accessible as both food and a source of income for indigenous people.  The cultural impact on indigenous women is particularly significant in their role as the holder, sharer and keeper of the knowledge of food and the connection of their identity to the land.  As a result of increased trade through the free trade agreement, there has been an increase in migration, child labour and sex tourism in indigenous communities due to decreased access to their culture and their land.

In the Philippines, there has been a strong movement by the indigenous population to protect their rights and territories.  In 1997, the government adopted an Indigenous People’s Act to protect their land rights.  At the same time, foreign mining companies have been given thousands of hectares of land for years to come.  However, due to a collaborative and united effort by the indigenous communities, the mining companies have not been able to begin their excavation; women have been a huge force behind this movement.  These groups have utilized international standards from the UN and other agencies to assert their rights.  This type of action can be used as a model for influence on governments for human rights in the realm of international trade.