Violent economic ‘reforms’ and the growing violence against women 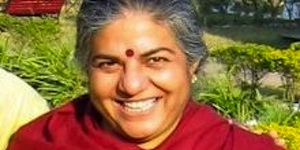 The brave and courageous Delhi gang rape victim breathed her last on December 30, 2012. This article is a tribute to her and other victims of violence against women.

Violence against women is as old as patriarchy. But it has intensified and become more pervasive in the recent past. It has taken on more brutal forms, like the death of the Delhi gang rape victim and the suicide of the 17-year-old rape victim in Chandigarh.

Rape cases and cases of violence against women have increased over the years. The National Crime Records Bureau (NCRB) reported 10,068 rape cases in 1990 which increased to 16,496 in 2000. With 24,206 cases in 2011, rape cases jumped to incredible increase of 873 percent from 1971 when NCRB started to record cases of rape. And New Delhi has emerged as the rape capital of India, accounting for 25 percent cases.

The movement to stop this violence must be sustained till justice is done for every one of our daughters and sisters who has been violated.

And while we intensify our struggle for justice for women, we need to also ask why rape cases have increased 240 percent since 1990s when the new economic policies were introduced. We need to examine the roots of the growing violence against women.

Could there be a connection between the growth of violent, undemocratically imposed, unjust and unfair economic policies and the growth of crimes against women?

I believe there is.

Firstly, the economic model focusing myopically on “growth” begins with violence against women by discounting their contribution to the economy.

The more the government talks ad nauseam about “inclusive growth” and “financial inclusion”, the more it excludes the contributions of women to the economy and society.  According to patriarchal economic models, production for sustenance is counted as “non-production”. The transformation of value into disvalue, labour into non-labour, knowledge into non-knowledge, is achieved by the most powerful number that rules our lives, the patriarchal construct of GDP, Gross Domestic Product, which commentators have started to call the Gross Domestic Problem.

National accounting systems which are used for calculating growth as GDP are based on the assumption that if producers consume what they produce, they do not in fact produce at all, because they fall outside the production boundary.

The production boundary is a political creation that, in its workings, excludes regenerative and renewable production cycles from the area of production. Hence, all women who produce for their families, children, community and society are treated as “non-productive” and “economically” inactive. When economies are confined to the market place, economic self-sufficiency is perceived as economic deficiency. The devaluation of women’s work, and of work done in subsistence economies of the South, is the natural outcome of a production boundary constructed by capitalist patriarchy.

By restricting itself to the values of the market economy, as defined by capitalist patriarchy, the production boundary ignores economic value in the two vital economies which are necessary to ecological and human survival. They are the areas of nature’s economy and sustenance economy. In nature’s economy and sustenance economy, economic value is a measure of how the earth’s life and human life are protected. Its currency is life giving processes, not cash or the market price.

Secondly, a model of capitalist patriarchy which excludes women’s work and wealth creation in the mind deepens the violence by displacing women from their livelihoods and alienating them from the natural resources on which their livelihoods depend – their land, their forests, their water, their seeds and biodiversity. Economic reforms based on the idea of limitless growth in a limited world can only be maintained by the powerful grabbing the resources of the vulnerable. The resource grab that is essential for “growth” creates a culture of rape – the rape of the earth, of local self-reliant economies, the rape of women. The only way in which this “growth” is “inclusive” is by its inclusion of ever larger numbers in its circle of violence.

I have repeatedly stressed that the rape of the Earth and rape of women are intimately linked, both metaphorically in shaping worldviews and materially in shaping women’s everyday lives. The deepening economic vulnerability of women makes them more vulnerable to all forms of violence, including sexual assault, as we found out during a series of public hearings on the impact of economic reforms on women organised by the National Commission on Women and the Research Foundation for Science, Technology and Ecology.

Thirdly, economic reforms lead to the subversion of democracy and privatisation of government. Economic systems influence political systems. The government talks of economic reforms as if they have nothing to do with politics and power. They talk of keeping politics out of economics, even while they impose an economic model shaped by the politics of a particular gender and class. Neoliberal reforms work against democracy. We have seen this recently in the government pushing through “reforms” to bring in Walmart through FDI in retail. Corporate-driven reforms create a convergence or economic and political power, deepening of inequalities and a growing separation of the political class from the will of the people they are supposed to represent. This is at the root of disconnect between politicians and the public which we experienced during the protests that have grown since the Delhi gang rape.

Worse, an alienated political class is afraid of its own citizens. This is what explains the increasing use of police to crush non-violent citizen protests as we have witnessed in New Delhi. Or in the torture of Soni Sori in Bastar. Or in the arrest of Dayamani Barla in Jharkhand. Or the thousands of cases against the communities struggling against the nuclear power plant in Kudankulam. A privatised corporate state must rapidly become a police state.

This is why politicians must surround themselves with ever increasing VIP security, diverting the police from their important duties to protect women and ordinary citizens.

Fourthly, the economic model shaped by capitalist patriarchy is based on the commodification of everything, including women. When we stopped the WTO Ministerial in Seattle, our slogan was “Our world is not for Sale”.

An economics of deregulation of commerce, of privatisation and commodification of seeds and food, land and water, women and children unleashed by economic liberalisation, degrades social values, deepens patriarchy and intensifies violence against women.

The growing culture of rape is a social externality of economic reforms. We need to institutionalise social audits of the neo-liberal policies which are a central instrument of patriarchy in our times. If there was a social audit of corporatising our seed sector, 270,000 farmers would not have been pushed to suicide in India since the new economic policies were introduced. If there was a social audit of the corporatisation of our food and agriculture, we would not have every fourth Indian going hungry, every third woman malnourished and every second child wasted and stunted due to severe malnutrition. India today would not be Republic of Hunger that Dr Utsa Patnaik has written about.

The victim of the Delhi gang rape has triggered a social revolution. We must sustain it, deepen it, expand it. We must demand and get speedy and effective justice for women. We must call for fast track courts to convict those responsible for crimes against women. We must make sure laws are changed so justice is not elusive for victims of sexual violence. We must continue the demand for blacklisting of politicians with criminal records.

And while we do all this, we need to change the ruling paradigm which is imposed on us in the name of “growth” and which is fuelling increasing crimes against women. Ending violence against women includes moving beyond the violent economy shaped by capitalist patriarchy to non-violent peaceful economies which give respect to women and the Earth.

Dr Vandana Shiva is a physicist, ecofeminist, philosopher, activist, and author of more than 20 books and 500 papers. She is the founder of the Research Foundation for Science, Technology and Ecology, and has campaigned for biodiversity, conservation and farmers’ rights – winning the Right Livelihood Award (Alternative Nobel Prize) in 1993.