Why the Women’s Rights Movement Must Listen to Sex Workers 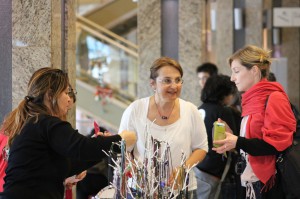 In 2008 the US Government gave Malaysia the lowest rating in its annual Trafficking In Persons Report. Rather than address the real labour trafficking issues, the government set out to close down the sex industry. Now nearly all brothels in KL have been shut. Sex workers are forced to work in dangerous and difficult conditions on streets throughout the capital. For its violent efforts to suppress the sex industry the US Government raised Malaysia to tier 2 level in its 2009 TIP report.

Before a hushed audience of over 2000 women’s rights advocates from 140 countries stood Kthi Win, a sex worker and leader of a national organization of female, male, and transgender sex workers in Burma.  With quiet confidence she bravely stated :

“The key demand of the sex workers’ movement in Burma, in Asia and all around the world is simple.  We demand that sex work is recognized as work. But we have one other key demand, specific to certain parts of the women’s movement. We demand that we are not treated as victims.”

This defiant rejection of victimhood by a sex worker, speaking on behalf of the global sex workers’ rights movement, took place at the recent AWID International Forum on Women’s Rights and Development, one of the largest gatherings of women’s rights activists in the world.  It was an extraordinary moment because there’s a tendency by some in the women’s movement to reject sex workers like Kthi because they dispute the monolithic narrative that all people in prostitution seek rescue.

The characterization of sex workers fighting for their human rights as “prostituted women” engaged in futile attempts to “organize the enslaved” is perplexing.  For five years my students and I have worked with and been inspired by sex workers successfully organizing from the margins of society.  Sex workers in India who fight against police abuse, work as safe sex peer educators, and run afterschool programs for their children.  Sex workers in South Africa who are leading a national campaign to decriminalize sex work.  Sex workers in Malawi who had the courage to sue the government and challenge the constitutionality of forced HIV testing of sex workers without informed consent.  And there are countless more examples of sex workers organizing in Africa, Asia, Europe, Latin America and the Caribbean, and North America.  To label and disregard these advocates as “victims” who cannot comprehend their true “enslavement” is condescending, disempowering, and untrue.

They are fighting for their human rights with creativity and agency and in defiance of deep societal and legal marginalization, forming a chorus of agitation for the right to work, the right to live free from violence, the right to access healthcare.

Women’s rights advocates who view all people in prostitution as “slaves” and make no distinction between those trafficked into prostitution and consenting adult sex workers who are in the trade by choice or circumstance often advocate for anti-sex trafficking policies that harm adult sex workers.  Kthi, who has personally experienced the impact of strategies like brothel raids, which often involve indiscriminate round-ups of sex workers in an effort to locate trafficking victims, provided a visceral critique of such policies:

“We live in daily fear of being ‘rescued.’  The violence happens when feminist rescue organisations work with the police who break into our work places and beat us, rape us and kidnap our children in order to ‘save’ us…What we need is for the mainstream women’s movement to not just silently support our struggle but to speak up and speak out against the extremists who have turned the important movement against real trafficking into a violent war against sex workers.”

Kthi’s insightful criticisms have been echoed elsewhere.  In Cambodia, an anti-sex trafficking law that was supposed to assist people forced into prostitution has been manipulated by police as a pretext to send sex workers to “rehabilitation” centers where they endure physical and sexual abuse and a lack of adequate food and healthcare, a dire situation documented by groups like Human Rights Watch and the award-winning Asian Pacific Network of Sex Work Projects.  The harsh consequences of brothel raids on sex workers have also been detailed in Thailand, Malaysia, India and elsewhere.

We must listen to sex workers.  If the women’s movement insists on conflating trafficking with sex work and labeling all people in prostitution as slaves who are incapable of speaking on their own behalf, we will insulate ourselves from hearing important critiques of methods that are ostensibly supposed to help sex workers but invariably lead to more rights violations.  The women’s rights movement should not embrace policies that harm female, male, and transgender sex workers.  At the end of her speech, Kthi echoed this sentiment by repeating the cri de coeur of the global sex workers’ rights movement: “Nothing about us, without us.”