Home > The Planet & Ecological Health > Where should we be advocating for women’s rights?

Where should we be advocating for women’s rights? 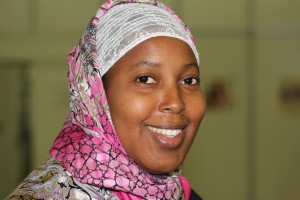 This morning when I walked into the opening plenary at the 2012 AWID Forum I felt ready to be stimulated and motivated by feminists from around the world in provocative discussions, panels, roundtables and side conversations. However, it quickly became clear that I had underestimated the power and energy which comes from being in a room full of passionate feminist activists. The feeling of working together towards a common goal was quite palpable and created an energy to the conference which sustained me through my first day as I sat through different sessions wanting to continue discussions that were too short and engaging in riveting conversations. My first and only cup of coffee sufficed for the day as I whizzed from session to session unsure of what I would learn next but excited to know I was amongst friends and colleagues all in the same movement, the same struggle with a goal towards continuing a feminist, political voice on issues critical to the sustainability of women’s rights, women’s organizing and the international women’s movement.

AWID’s 2012 theme–Transforming Economic Power to Advance Women’s Rights and Justice—resonates with many of us, given the current economic crisis and the multiple ways it is being felt throughout the women’s movement. In my work with WEDO, its particularly relevant when thinking about economic systems and financial mechanisms in relation to climate change and sustainable development. During several presentations on global governance today, much of the emphasis was on the transformation of the global economy to a new neo-liberalism, which is related to both the ever-worsening climate crisis and the ever–disintegrating women’s rights agenda. Neo-liberalism/financial liberalization links all of our current crises (financial, fuel, food, climate etc) as a contributor to them, posing to solve them when only worsening them. As industrialized world leaders are taking a back seat during these tough times, emerging economies are taking center stage, not necessarily changing the neo-liberal policies but continuing to perpetuate them, undemocratically, often behind closed doors.

There are ‘ad-hoc’ venues where the future of our world seems to be negotiated including meetings of the G8 (Group of 8), G20 (Group of 20), the IMF (International Monetary Fund), the WB (World Bank) and, what are being referred to as the BRICS (Brazil, Russia, India, China and South Africa). While the United Nations continues to be the main venue where WEDO and many organizations part of the women’s movement and many other movements have long navigated and advocated, one speaker said with much agreement from others, that in this new neo-liberal, financialized world the UN space is being slowly chipped away.

As a women’s rights advocate, it can be difficult to know in which spaces to focus our resources and energy. What are the most effective arenas to advocate for women’s rights and gender equality? How do we (the women’s movement) hold the world leaders accountable to the women’s movement? Where do we turn in these tough times? Who are our allies and how do we work with them?

Today, there were some answers and some hope. The UN still has many accountability mechanisms that human rights defenders can use including special rapporteurs, the Universal Periodic Review (UPR), the International Criminal Court (ICC). The many conventions and treaties and platforms countries have signed including the Beijing Platform for Action, the Convention on the Elimination of All forms of Discrimination Against Women and the starting document of all countries to the UN, the UN Human Rights Declaration, are what the women’s movement can continue to use in its advocacy and accountability of countries to their commitments to the women’s movement. However, there is more to learn and more to understand these next few days at AWID. I have only just begun this journey here and hope to find more answers to the burning list of questions.