Home > Financial Flows > No Budget for Women’s Struggle in Turkey

No Budget for Women’s Struggle in Turkey

Posted in Financial Flows, The Role of the State on November 1st, 2012 by AWID Staff
Source: Bianet 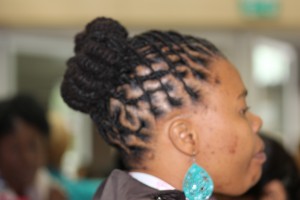 At the “Improving Concrete Proposals and Feminist Policies about the Violence Against Women” panel of 12. AWID International Forum on Women’s Rights in Development,Gülsen Ülker from Women’s Solidarity Foundation, Ülfet Taylı from Organization of Women’s Shelters, Ömür Yılmaz from KAHDEM (Central Organization for Women Legal Support) and Nihal Yakın from Women’s Solidarity Association of Izmir were speakers.

The state simplifies the women’s struggle

Ülker drew attention to the beginning of the struggle against violence towards women in the 80s and said “The increasing pressure under the coup conditions brought us together and it began as a movement about womanhood experiences.”

Ülker underlined that they continue to struggle since the beginning and they were successful at putting the ‘violence against women issue’ to the state agenda; however she expressed that the state takes it as an ordinary service, thus, simplify this issue.

Ülker told that the state didn’t allocate enough budget for women’s struggle, they operate with the sources of funding agencies.

The legal system can not protect women

Taylı referred to the recent law on the prevention of violence against women and said “The policies are formed in order to protect the family even though there’s an intense family violence”. Taylı added that they were trying to make the women exposed to violence visible.

Taylı underlined that legal system could not protect women, it isolated them and made them dependent on their husbands.

” When a woman who exposed to violence divorce, she has to work at low-paid jobs. When she cannot afford living alone, she is back to the house that she’s exposed to violence. Very few women are able to live on alone” said Taylan.

There’s a systematic and serious problem

” We mostly worked with the women living in the Eastern and Southeastern Anatolia region. When we realized that we couldn’t reach to disadvantaged women in this way, we walked around the neighborhood district and we listened to each women and we talked with them about women rights.” said Yılmaz.

Yılmaz mentioned that the findings of their project were more pessimistic than the findings of the state; the poverty rate at the district they used as base was 18% according to Turkish Statistical Institute data, however their findings showed that it was around 79%.

Yılmaz told that the awareness has begun to increase and added “We take notices from the family members about the honor killings. Formerly mothers couldn’t resist, now they do. This progress is the success of the women’s organizations working on women’s movement.”

The discourses of the government support the inequality

“Violence against women increases exponentially. The government and militarism emphasize the inequality of men and women. The growing poverty and unemployment in Turkey increases the violence against women. When man is unemployed, he reflects his dilemmas to woman as violence” said Yakın and underlined that “The violent scenes on television cause people get used to this situation. The government should stop emphasizing gender inequality in the society.” (RYD/ÇT)