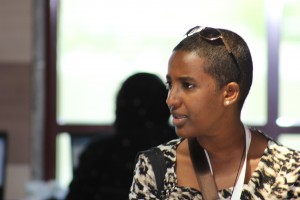 ISTANBUL (TrustLaw) – Discrimination hurts many women economically and socially, but it has an even greater and sometimes dangerous impact on lesbians, according to a group of women working on lesbian, bisexual and transgender rights in dozens of countries.

The women, most of them lesbians, discussed their experiences at a session called “Economic Justice for Lesbian Women: Setting an agenda,” on the fourth and final day of the 12th International Forum of the Association for Women’s Rights in Development (AWID).

In a world where women still generally earn less than men, lesbians may face greater difficulty even landing a job if their appearance is perceived as masculine or otherwise “non-traditional”, said an American woman who works with companies to eradicate that kind of prejudice.

In China, where there is great pressure to marry, lesbians have come up with a strategy designed to protect lesbians and gay men from being forced into heterosexual marriages. They have been successful in organising a campaign that arranges marriages between lesbians and gays, said a Chinese woman.

The “spouses” preserve their rights by drawing up often lengthy personal contracts, carefully specifying what they will and will not do during their marriage, how they will handle their finances and their stance on having children, she said.

For lesbians in Namibia, “gender expression is a stumbling block”, said Linda Baumann of Out-Right Namibia, which advocates for the rights of lesbian, gay, bisexual, transgender and intersex people (LGBTI).

“Women are uncomfortable to say who they are because it’s not safe,” she said, referring to a rise in hate crime, including “corrective rape” of lesbians and even murder of LGBTI people in Africa. Many lesbians in Namibia, as in similar societies in other countries, are also subjected to female genital mutilation and forced into marriage.

“To have economic means for themselves is a challenge,” Baumann said, noting that many black lesbians have little education and low incomes in the communities where Out-Right works.

New approaches are being developed to address the economic problems faced by lesbians, said Dawn Cavanagh, a board member of the Johannesburg-based Coalition of African Lesbians, a pan-African group of more than 30 organisations in 19 countries, which sponsored the discussion.

For example, in June 2011 the Coalition for Advancement of Lesbian Business in Africa (CALBiA) was founded by an Austrian foundation to promote equality for lesbian women and transgendered people, with a focus on black Africans, by enabling their financial independence. Currently working in the townships around Johannesburg, CALBiA helps lesbian and transgender entrepreneurs develop business plans, access business networks and gives them financial start-up support for their business. Successful entrepreneurs then “repay” CALBiA by hiring lesbian and transgender employees.

Exacerbating the problems of lesbian women, several session participants said, is their difficulty in establishing themselves as a key component either of the LGBTI community, which they perceive as politically dominated by gay men, or of the mainstream women’s rights movement, where they often encounter issues of homophobia.

Incidents of homophobia and verbal abuse emerged at the last AWID forum held in Cape Town, reflected in the organisation’s warning to participants at this conference to refrain from such behaviour. No such incidents apparently marred this event.

“LGBT activists are treated as a ‘fringe’ movement,” said a woman from the Philippines. Some in the mainstream women’s rights community consider dealing with LGBT issues divisive, she said. As a result, when it comes to advocating for women’s rights, “lots of times, lesbian issues are sacrificed as a matter of strategy”.