Home > Sexuality > Anecdote from the AWID Forum, by Marjan Wijers

Anecdote from the AWID Forum, by Marjan Wijers

Posted in Sexuality on November 2nd, 2012 by AWID Staff
Source: WO=MEN in Istanbul 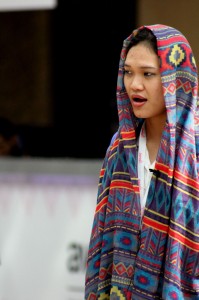 Today was the last day of AWID, which closed with a March for women’s rights. I had never imagined myself demonstrating at the Taksim square in Istanbul but there I was, proudly carrying my red umbrella in solidarity with sex workers demanding their human and labour rights, surrounded by African and other women protesting against forced sterilisation, singing and shouting slogans, and chatting with Turkish women who spontaneously joined the March.
The closure of an intense, inspiring and by times chaotic 3 days running from session to session, while in between trying to set up meetings and talk with old and new colleagues from all over the world. Perhaps the most hilarious and revealing story I heard was from one of the Indian sex workers about the new “rehabilitation” program. Instead of a sewing machine, the traditional way of “saving” sex workers, Renahu was given a buffalo. The buffalo was supposed to give milk, the milk she could sell at the market, and she could stop doing sex work. So Renahu happily took the buffalo home with her. However, soon she discovered that the buffalo needed to eat. So now she had to do double sex work: to feed herself and to feed the buffalo. But the buffalo did not give much milk. No problem, she was told, the buffalo just needs to have a baby and then she will give milk. But how does the buffalo get a baby? You have to take it to Rama, who has a man buffalo, and then she can have a baby. So she took the buffalo to Rama, but of course that came not for free. So, Renahu said, now I have to do three times sex work: to pay for my own food, to pay for the food of the buffalo and to pay for the buffalo to have sex! Renahu tied up the buffalo and brought it back to where it came from. And that was the end of the story of the buffalo.