We cannot be free until every one of us is free 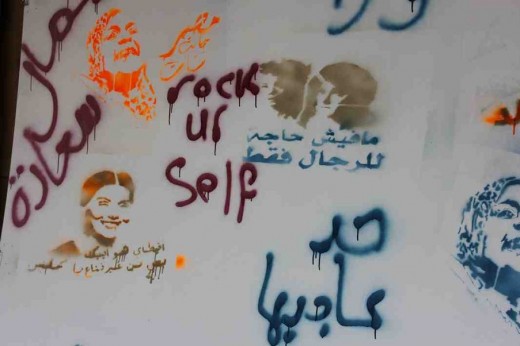 The 12th AWID Forum began with a burst of colour in the Haliç Auditorium with 2240 women attending from 140 countries, the majority from the global South and East. Already, in the corridors and gardens of the Congress Centre, the inter-regional dialogue had begun. During the first plenary, there was discussion of the current context and how women are understanding economic power.

Why Istanbul? AWID Executive Director Lydia Alpízar explained that one of the reasons for holding it here was the need for an event that would bring us closer to the women’s movements in this region facilitating the creation of relationships and networks, and strengthening the women’s economic development agenda. What is happening in the region is having a profound effect on women’s rights. It is an urgent call to strengthen efforts of collective movement building.

Women on the panel said that the revolutions did not necessarily guarantee rights. However, Arab women have shown that it is possible to use events like the Arab Spring to advance their agenda. Bochra Bel Haj Hmida spoke about the experience of Tunisia in recent years where, for example, polygamy has been abolished and equality granted in divorce. What has occurred in Tunisia, in the Arab world and in the Gulf has been the recognition of women as citizens.

Violence against women activists and human rights defenders, and against LGBTI persons; the repression of social protests; and assertions that religion, culture and tradition cannot be used to justify human rights violations were among the discussions heard this morning. There is no equality for women without freedom and without recognition of their rights over their own bodies.

Ipek Ilkkaracan spoke about the challenges the care economy presents. It is dependent on the work of women. Men do not recognize it and governments do very little to alter inequalities. She spoke about time poverty proposing that resource poverty could be remedied by women’s participation in the labour force but that the result was time poverty because women are still expected to perform their care roles.  She also suggested that caregiving is the most important type of domestic work in that it unites us as women in the movement.  Gita Sen said the care economy needs to be valued in order for it not to be marginalised.

According to Sen, we are living in a fierce world in which many social contracts have been broken, with huge increases in inequality, both in and between countries over the last two decades.  New players have emerged but the old order is not giving way.  She asked: Who needs, or wants, a larger share of a poisoned chalice? Saying we need to understand the connections between equality and the meaning and nature of development

The words of María Poblet gave a voice to the Indignados, the Occupy Movement, LGBT queer community, indigenous women and women of colour. She spoke of the need to continue strengthening partnerships at international level in protests against corporate power and the banks. But mobilization must begin with community organizing, political education and the political struggle. And environmental sustainability must find a permanent place on feminist agendas.

Sen gave us important insights into the nature of power, saying it is based on the control of resources and knowing where money comes from and how to use it. Power is based on resources such as knowledge and collective engagement. Above all, it is about knowing that power is built on fearlessness and challenging the system.  “We are half the world, we need to make the world in the image we want.”