Home > Culture & Religion > The “Turkish model”: for whom?

The “Turkish model”: for whom?

Posted in Culture & Religion, Sexuality, The Role of the State on October 31st, 2012 by AWID Staff
Source: Open Democracy 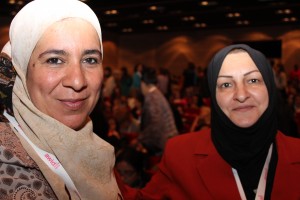 In the aftermath of the Arab spring the “Turkish model” is being held out as an optimistic scenario for democratisation with an Islamic framework. In conversation with Deniz Kandiyoti, women’s rights and gender activist Pinar Ilkkaracan puts Turkey’s record under scrutiny – and finds it wanting

DK: The more optimistic commentators on the prospects for democracy in the aftermath of the Arab spring have been invoking the “Turkish model” as a path to emulate. As a long standing activist for women’s rights and sexual liberties how do you evaluate the record in Turkey?

PI: The last positive piece of legislation in Turkey was the reform of the Penal Code in 2004. Many commentators have been totally celebratory about these gains as though they were achieved once and for all. In fact, we have since been witnessing a significant backlash and a process of backsliding. But before we talk about this process, let me point out that we have been working closely with our counterparts in the MENA region since 1999 in a network of about 45 institutions in the Coalition of Sexual and Bodily Rights in Muslim Societies (CSBR) whose members are involved in advocacy work for women’s rights and sexual and reproductive health and rights at the national level. Organizations such as ATFD and AFTURD in Tunisia, EIPR and the New Woman Foundation in Egypt and Sister’s Arabic Forum in Yemen, to mention but a few, have been at the forefront of the Arab spring. They were initially exhilarated by the developments and we exchanged euphoric e-mails. However, within a month we started hearing they were increasingly concerned and depressed. At the general assembly of CSBR which took place in May 2011 in Istanbul deep concerns were voiced by members. It seems very clear that the MENA region needs to be very alert for at least the coming decade and that these will be extremely dangerous times for sustaining a gender equality agenda. As for seeking guidance from the “Turkish model” the record on women’s rights is far from rosy.

DK: What do you see as signs for concern in Turkey?

PI: The Justice and Development Party came to power in 2002. Between 2002-2004 we had first hand experience of JDP resistance to judicial reforms in the service of gender equality.  It would be fair to say that the reforms were passed despite rather than because of the JDP government. In terms of implementation of this legislation we are in a situation of stasis and nothing is being done.

In the past two years there have been several attempts to claw back some of these gains, and to change clauses of the Penal Code, for example in relation to the reduction of sentences and penalties for sexual abuse of young girls. There are many worrying trends and violence against women is on theincrease.

The rules of composition of the High Council of Judges and Prosecutors have been changed by the JDP and this body is now much more aligned with the Executive.  In principle the role of the High Council should be to enforce and implement the laws of the land, including the Turkish Penal Code. Instead, they are reinstating the reduction of penalties for rapists who marry their victims.

DK: Were there any noteworthy institutional changes since 2004?

PI: The women’s movement in Turkey has concentrated on four major areas since we have achieved the major legal reforms for gender equality. First, women’s labour force participation – which is the lowest among OECD countries. Second, political representation – which is in a pitiful state. The ngoKA-DER  pushed for a quota of 30% during the 2007 and 2011 elections but the increase was minimal. Third, violence against women. The European Court of Human Rights (ECHR) found Turkey guilty of not preventing violence against women and failing to establish gender equality, in the landmark case Opuz vs. Turkey. Fourth, the reform of the Turkish constitution to ensure gender equality.

We petitioned all male and female MPs in 2006  asking them to translate the gender equality provision of the Constitution ( clause 10) into substantiveequality, demanding that the article should be revised as: “the state is responsible for ensuring actual equality between women and men,”  including positive discrimination for women. This was met by public opposition to quotas for women in the media by the State Minister for Women’s Affairs, Nimet Çubukçu, who went on to take a court case against the petitioners on the grounds of defamation. In their joint press statement the targeted organizations expressed surprise at the minister’s insistence that quotas for women did not exist anywhere in the world and her ignorance on this matter, and took issue with her about breaking precedent by excluding the representatives of women’s organizations from participation in the yearly UN Commission for the Status of women alongside the official delegation, and her refusal to treat honour crimes as aggravated manslaughter in a context where hundreds of women lose their lives yearly in the name of honour.

Thus the women’s movement in Turkey found that one of the tremendous obstacles in implementing an agenda of gender equality came from the State Ministers of Women’s Affairs themselves. The incumbent who followed Nimet Çubukçu declared that homosexuality is a disease that must be cured and she played up her disagreement with feminists.

The present minister, Fatma Şahin, on the other hand, is showing greater commitment to combat violence against women.

The least we can say is that the JDP has no integrated policies to achieve gender equality in Turkey. There is no concerted effort to meet gender equality goals and the very institutions that are meant to safeguard these goals are staffed by personnel with conservative agendas. Statistics are showing that Turkey is dropping in the league tables and that the gender gap is widening. Since our campaign for the reform of the Turkish penal code for gender equality (2002-2004), it was very clear to us that the JDP is intent on targeting the women’s and LBGT movements as the main pillar of its conservative politics. However, our voice was not heard by the EU or the world.  Yet, this must have become obvious to all since July 2010, when Prime Minister Erdoğan declared, at a meeting with representatives of 60 women’s organizations, that he does not believe that women and men can be equal on the basis on their “nature”. The PM was equally reluctant to cede on pluralist measures, such as allowing education in their mother tongue for the Kurdish minority.  It is quite clear to feminists that the struggle for gender equality is part and parcel of the struggle for greater pluralism and an inclusive democracy in Turkey.

Since the JDP achieved 50% of the electoral vote it has started sidelining and eliminating the women’s organizations that it had previously collaborated with.

A further development was the establishment in 2011 of a new ministry for the “Family and Social Policy” – replacing the former state ministry responsible for “Women and Social Affairs” – clearly showing the priorities of the government,  treating women predominantly as mothers and wives, as recipients of welfare rather than individuals in their own right.

DK: Have there nonetheless been successful initiatives?

PI:  In 2007 we started the Women’s Constitutional Platform (Anayasa Kadin Platformu)- a platform for the reform of the Constitution for gender equality. We demanded substantive equality and called for the inclusion of a clause that states that “the state is responsible to take all measures to achieve actual gender equality”. Unfortunately, the JDP government has done everything to ensure that there was no time to discuss their proposal for the constitutional reform voted at the referendum by the public. In fact the whole debate about the constitution lasted for three days.

We must remember that these efforts are taking place in the context of  anti-feminist policies of the government. For instance, women are exhorted to have at least three children, a special call made by the prime minister to the public on several occasions. The freedom of the press is severely constrained. And conservative politics is bearing fruit with (according to surveys) youth becoming more conservative. There is also a concerted cadre-building policy that favours incumbents with conservative leanings.

I have for years fought for the right of women and girls to choose their own mode of dress, including the right to wear the headscarf. But in the current political context the headscarf has become a means of political preferment. Whether your wife is veiled or not makes a difference to whether you get a public contract or not. Research carried out by Binnaz Toprak, titled  Being Different in Turkey, revealed the extent of pressures towards conformity  and the stigma attached to minority or marginal identities.

In recent interviews I conducted in women’s shelters, I was told that a woman who was subjected to domestic violence is less likely to receive state subsidies or financial support and benefit if she does not wear a headscarf. This clearly provides women with an incentive to cover.

So we witness targeted conservative policies with a religious flavour. Nonetheless, I think the normative framework of violence against women (VAW) as a violation of human rights is well established and has become a norm in Turkey.

DK: To get back to where we started, what is your conclusion about the prospects for a gender equality agenda in the aftermath of the Arab spring?

PI:  First, Turkey cannot be a model since it is struggling with gender equality issues itself. Besides, the influence goes both ways. If in the coming decade there are negative developments in the Middle East and North Africa this will certainly reverberate back onto Turkey. If there is a backlash in Tunisia because gender equality policies were associated with the previous regime, this will no doubt be reflected in Turkey. This is of course grossly unfair since the women’s movements were opposed to authoritarian regimes.  In the new openings created in the public sphere it is perfectly understandable that Islamic actors will become more visible in the first instance. The question is whether some social contracts-such as those on the gender equality front- will be torn up and discarded. Women’s movements will have a tough battle ahead.

We call on world citizens, the EU and the UN to support feminist movements in the region, who will definitely be major actors for democratisation in the Middle East, rather than concentrating on the misleading notion of a “Turkish model”.