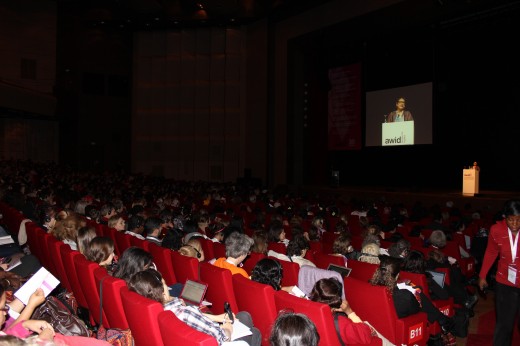 Twenty years of conflict has destroyed the social fabric of Casamance.The only way to re-instate security and eradicate famine in an area once known as the bread-basket of Senegal is to ask the women farmers, says Tabara Ndiaye

“How many times have we seen the experts ask our grandfathers questions about the rice fields that our grandmothers farm?”

The fertile region of Casamance lies in the south of Senegal and borders Gambia and Guinea Bissau. Like other Senegalese women, women in Casamance suffer from unequal social relations that place men at the heart of the community. They confront inequality in the distribution of land, knowledge, education and power. Land in the majority Diola community is still inherited from father to son, effectively excluding women from land ownership. Yet responsibility for feeding the family is shared equally between husband and wife; it is the woman’s responsibility during the long dry season and the man’s responsibility during the shorter rainy season. This means that once a woman is married she is actively involved in farming the rice fields of her in-laws, yet in the case of divorce this possibility is lost.

The conflict in Casamance has changed women’s standing within the community. Since 1983, an independence movement in the southern part of Senegal has fuelled an armed rebellion that has shaken the region to the core. This long and harrowing crisis has thrown society into chaos and led to the destruction of the social fabric. In rural areas, the conflict has provoked widespread population displacements as people have moved from the countryside to Casamance’s towns, to other regions of Senegal and to bordering countries such as Gambia and Guinea Bissau. Faced with the persistence of the crisis, old and young men alike deserted their villages to join the fighting, placing women in the driving seat and leaving them to take care of all the family’s needs. Women have been forced to leave their villages in search of domestic help work in the towns, leaving their families, and especially their children, in a vulnerable state without parents.

Women now occupy leadership positions left by men and face new responsibilities which they were unprepared for: it is up to them to ensure the survival of their communities. In this context new possibilities are arising for the transformation of Casamance into a new, more egalitarian society.

In Casamance rice growing makes up 60% of crop production and this is almost exclusively for household consumption. It is pluvial rice growing that depends only on rainfall for water supply. The farming is done in the traditional way and with rudimentary means, making it a very labour intensive practice for women who are the primary farmers. The land the women farm is far from their homes and unenclosed, and they lack the tools that could make their workload easier. Activities such as simply extracting water for the plants are completed manually.

For a long time, programmes introduced by national and international agencies to support agricultural development and strengthen technical capacity in particular have largely targeted men rather than women. This is because any outsider who arrives in a traditional Senegalese family addresses the head of the household first, and this is always a man. How many times have we seen the experts ask our grandfathers questions about the rice fields that our grandmothers farm? It is the man who receives all of the information on ways of protecting crops and increasing yield, and very often, none of this knowledge is passed down to the women in the family. Female farmers are therefore forced to depend heavily on the men in their communities or on State technicians to resolve the technical problems that they face in their agricultural activities.

Rice farming in the region is a centuries-old practice and women have long stored up and passed on the knowledge and know-how. It is this sharing of centuries-old information that has enabled them to keep feeding their communities over the years. Women have traditional strategies to fight the insects that attack plants and destroy crops, such as using varieties of leaves, bark and roots. Women also have strategies inherited from their ancestors to preserve the harvest. They build traditional grain storage huts which are made with local materials from their immediate environment and don’t require much money, and these conserve the harvest for many months. Another important asset is rural women’s understanding of the medicinal properties of plants, such as the Moringa tree (Moringa Oleifera) to treat diabetes and quinqeliba for high blood pressure.

So what opportunities does the current context of reconstruction and decentralisation afford to women? At the end of the 1990s, with many villages and individuals displaced, countless victims of landmines and escalating poverty, conflict-resolution initiatives began to multiply in the region. Women and their organisations play an important role in these initiatives and they are fundamental in the mediation between conflicting parties. This is reflected in the way both parties have included women’s organisations in the peace negotiations since 1999. Their role here can be explained by the important cultural place that women occupy in Casamance society. In Casamance women are the guardians of culture; they are responsible for the sacred wood where members of the community come to purify themselves before taking any important actions in their lives, such as trips, exams, or any kind of competition. Whatever his position on the social, political or economic ladder, a man always needs the blessing of the women in his community before taking any action. But women’s important role in Casamance society does not always guarantee them a place at the table when important decisions are taken on the ground.

The removal of mines from their villages is among women’s top priorities for lasting peace, particularly those mines that lie on the roads leading to the rice fields. Yet because women were not present when key decisions were taken regarding which areas should be cleared, mine clearance programs have not targeted their priorities; they have focused more on clearing mines from the tracks leading to the big roads that exit the villages. The mines which have still not been cleared prevent women from accessing their fields and therefore from harvesting their crops to feed their families. They also stop them from transporting their crops to generate additional revenue to fund their children’s health and education. Because of these mines women still find themselves living in a state of insecurity, malnutrition and precariousness, and poverty follows from all these things.

Recent years have seen the introduction of new varieties of crops by the state’s technical services. These require money and lead to dependence on the state employees who know how to use them. A related trend is the increased use of pesticides and water. This new situation undermines small-scale production and so disproportionately affects women. Women are ultimately obliged to sell or to rent their farms and buy food with the money they get in return. Put simply, women are not able to meet their family’s needs with their current outputs. This constitutes an affront to their dignity since in Casamance growing enough food is a source of familial and community pride for each woman.

We have also found that the new varieties that have been introduced are not known by the local people, especially women. The traditional knowledge and techniques passed down from their ancestors simply don’t work on these new imported varieties. These crops and the pesticides that go with them are sold on the market and women are obliged to stock up each year. They thus become dependent on the businesses which sell them and these businesses operate at a local, national and international level. Even if women only deal with local businesses, they know that there are bigger ones behind them. Women in the Kolda region have consistently complained about a type of rice called Sahel 108 which requires a lot of very expensive chemical fertilisers.

In the department of Ziguinchor, where new varieties of rice have been introduced that are associated with new ways of cooking, new illnesses have emerged, such as diabetes and high blood pressure. Local people attribute these to the change in nutrition. In the Oussouye department other changes have been observed. This department is less urbanised, more conservative and more attached to culinary traditions, such as cooking with pottery utensils made by local women and not eating foreign products such as stock and food colorants. Here life expectancy is longer and good health more abundant. These observations are yet to be proven by scientific studies, however they are enough to alert local people of the need to be more discerning about what ends up on their plates.

Insecurity in the countryside, women’s poor technical capacity, the introduction of unknown crop varieties into communities, all of these things have led to a weakening in the position of rural women and to the emergence of famine in a region that used to be known as the breadbasket of Senegal.

Women in Casamance are forming groups, associations and inter-community networks in order to seize opportunities presented by local post-conflict reconstruction initiatives and the decentralisation policies being implemented across Senegal. The context of the resolution of the conflict in Casamance has given rise to new programmes being launched by the State with the support of its technical and financial partners. These programmes, which are driven by the priorities of local people, include the ANRAC (National Agency for the Reconstruction of Casamance) and PRAESC (Programme to Restart Economic and Social Activities in Casamance). Like the activities of civil society organisations, all of these programmes are run in a participatory way and involve consultations with local people as part of the planning process.

Rural women and their organisations have understood this participatory framework, and they are now demanding more access to learning new growing techniques, financial management and organisational development. In the short-term this will enable them to give their families enough food to eat. In the long-term it will give them the technical means to bypass all external help and deliver a healthy, sustainable agriculture in their communities.

New  initiatives are also emerging which promote women’s collective access to land ownership. Even if it is still difficult for individual women to buy land, they are getting there collectively through the sheer strength of their groups and through  community grants. They use these grants to approach their local authorities and acquire fully fledged access to plots of market farming land with all the necessary legal documentation.

The continuation of farming with local seeds varieties and the perpetuation of rural women’s traditional knowledge allow women to be sure of the high quality of the products that end up on the family table. The  ASPSP
, Association for the Promotion of Local Seeds, was created in 2003 with the mission of keeping a record of the local seeds, promoting their multiplication so that they do not disappear and facilitating the exchange of knowledge and best practice between farmers in different West African countries.

I am convinced that today in order for African agriculture to succeed in its mission to feed African communities and achieve food sovereignty we need to place rural women at the heart of our initiatives. Policies need to be drawn up in consultation with women. This is the only way to ensure that women will be able to perpetuate their role as the nourishers of their communities and continue using the traditional knowledge inherited from their ancestors to ensure a healthy and sustainable agriculture.

Translated from French by Jennifer Allsopp