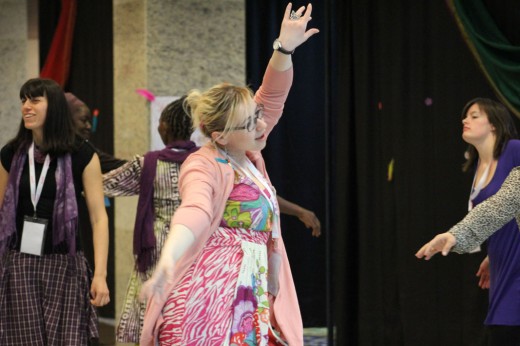 Following the Transforming Economic Power to Advance Women’s Rights and Justice Forum held in Istanbul in April 2012, AWID disseminated a “Call for Proposals” to all Forum participants interested in applying for a $5000 “Innovation Seed Grant.” Seed Grants are a tradition dating back to the 2002 Guadalajara Forum aiming to support proactive members of women’s rights movements turn creative ideas into action. This time around, the response we receive to our call was unprecedented: Within two weeks we were inundated with close to 300 proposals from Forum delegates, each detailing a plan to turn ideas sparked at the Forum into concrete projects.

As you can imagine, the decision making process was extremely difficult, but with the help and support of an International Selection Committee, 24 winners were selected to implement initiatives for transforming economic power. We sincerely thank every applicant for sharing your project ideas and dreams with us—they were amazing to read through and we wish you the best of luck with finding future support.

It is our pleasure to announce the following list of 2013 Innovation Seed Grant winners… congratulations to all!

*NB: The successful candidates, listed above, most closely met the criteria set out in the guidelines, including:

• Initiatives showing a strong connection to Transforming Economic Power to Advance Women’s Rights and Justice
• Projects deriving inspiration directly from the 12th AWID Forum
• Proposals describing a workable methodology and a viable budget
• Ideas having potential for lasting impact and growth
• Initiatives with strategic relevance to the 12th AWID Forum theme (‘compelling logic or idea’ behind the proposal that was not just relevant to Transforming Economic Power, but seemed like it could make a creative contribution)
• Applications that stood out for their levels of innovation, originality and/or creativity