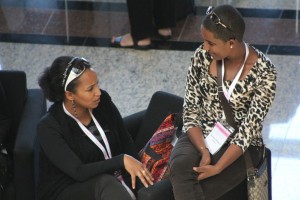 In conversation with Jessica Horn, a leading Malian women’s rights activist identifies the roots of the crisis in Mali, and the opportunistic use of the crisis by Malian and international Islamic fundamentalists to gain a popular foothold in the north of the country

Jessica Horn: Were there any early warnings that this crisis would emerge?

Interviewee: This is one of the deepest crisis that this country has faced since colonial times. We have been through the 1968 military coup against President Modibo Keïta, we went through the popular revolutions in the early 1990s, but it has never gotten to this level of instability. The military group that led the coup is from Kati, a military garrison town outside of the capital Bamako which had been used historically as a base for troops from all over West Africa.

At the end of January  2012, a group of women who were wives of soldiers from Kati had held a march and threatened to go to the Palais de Koulouba  (presidential palace) in Bamako. These women felt that they needed more information about the government’s response to what had happened to their husbands who had been sent by the government to fight the Tuareg rebellion in the north of Mali. There had been a lot of rumour that the Malian military did not have enough arms to fight the Tuareg rebels. The women had also heard that there were many cases of torture and ill treatment of Malian soldiers by the Tuareg rebels, and had also heard rumours that the Malian government  was engaged in heavy negotiation with the rebels and not, for example, ordering troops to shoot at the rebels. They felt that their husbands had been sent to the north of Mali to die.

We have to remember that the Tuareg rebels had been supported by Gaddafi in Libya, who had both integrated some of these rebels in his army and was also known to have been assisting with the rebellion in the north of Mali. After the fall of Gaddafi, these rebels returned to Mali heavily armed, and in fact some say better armed than the Malian army itself.

As part of rising anger against what was happening in the north, there had also been attacks on innocent people from northern Mali living in Bamako. The government stepped in to protect the northerners, which again made it appear to everyday people like the government was on the side of the northern rebels.

In terms of the humanitarian situation, the roots of a crisis are already there. People had started to flee the north from the start of the year, with people internally displaced as well as crossing borders in to countries such as Burkina Faso. At the start of the year we also had a drought and we could see that were going to face a food crisis. An early sign we saw was many parents in rural areas pulling their children out of school and sending them to the cities to try and earn money to buy food.

JH: Who is leading the current armed rebellion in the north?

Int: in the north of Mali the complication is that there are now three armed movements. The first is a Tuareg nationalist movement, who are rooted in a pan-Tuareg identity and want to establish a Tuareg nation that transcends the current national borders in the Sahel region. The majority of Tuaregs are Muslims, however this is not a central aspect of their political identity, their vision is for a Tuareg nation and to defend Tuareg culture and independence.

The second is a newer movement of Tuaregs who have more extreme views regarding both nationalism and religion, and explicitly link being Islamists to their political identity. They are more extremist than the nationalist group and are less interested in dialogue or negotiation. The third are Islamic fundamentalists made up of people from countries such as Algeria and even as far as Afghanistan and Pakistan. They have been based in the desert in northern Mali, as a convenient location where they can both hide and plan. Remember that there is also a lot of organised crime in that area, including drug trafficking, and so it has worked as a safe space for them. Originally the Islamist groups appeared to be working to help the Tuaregs in the nationalist agenda, however now it seems that the religious fundamentalist view is taking over as their sole agenda.

JH: What indications do you see of rising fundamentalism in the north of Mali, and what strategies are the fundamentalists using?

Int: We are hearing about how Islamic fundamentalists are gradually gaining power in the north. They have started to talk of imposing rules that women must wear hijabs, and putting other restrictions on the ways that women dress. In Gao, fundamentalists are handing out sweets to children on the streets as a way to gain community trust, while they are forcing bars and hotels to close. In Timbuktu, Gao, and other northern cities, we are also hearing that fundamentalists are visiting moderate marabouts (muslim leaders) and suggesting that they are there to “help people” in the name of Islam, attempting to win their favour and claiming that they have not come with the intention to cause violence. Yet while they say this, we have already heard of at least one case of these fundamentalists public lynching thieves. They say it is to show that they are there to protect the community from looting, however I believe that their agenda is far more insidious and dangerous.

We have not heard of any targeted physical attacks against women yet, but for me this is not the only thing to worry about. I am deeply concerned about the way that the fundamentalists have begun to limit women’s rights –  starting with the way that women dress. It is a sign of what is going to happen next. Women in Mali have a long history as market traders, they move around and interact freely in public and wear the clothing that they want. These changes are going to have a major impact and cause a lot of stress for women.

JH: What is your view of the regional governmental response so far?

Int:  The response that is coming from the Economic Community of West African States, ECOWAS, is aimed at ending the coup, reaffirming the constitution and following due process regarding elections, now scheduled for May. This is understandable given that they want stability in the state. Growing military intervention, for example by troops from ECOWAS, would just make the situation more violent. Sanctions would also be problematic because Mali is a landlocked country and we are heavily dependant on goods that come from outside to earn our living and to survive. If sanctions are imposed it is not the people with money who suffer, it is poor people, and in particular women and their families who suffer most. It is the poor woman who needs to make that dollar, that day! When a war is fought and bullets fly, people count the dead. But in this case, we would not even know who has died or suffered severely as a result of not having access to basic things like food and fuel.

We have to pay attention now to the strengthening of fundamentalists in the north. If this results in a military response as part of the ‘war on terror’, the truth and reality is that the people who suffer the most are again, the everyday people of this region. They are unarmed, they chose not to take up arms, and find themselves with no protection from any side.

JH: What do you see as priorities for action?

ST: First and foremost we have to pay as much attention to the concerns of ordinary people as we do to issues such as elections. Any decision that is taken by political leaders, ECOWAS, the African Union or the international community needs to be aware of who is paying what price for every intervention that they consider. There is urgent work to do in order to support women on the ground. We have to identify and respond to the everyday needs of women who have been displaced, to ensure they feel safe and supported, but also not belittled by humanitarian intervention.

As a Malian I can also say that there is serious and deep work that we must do as civil society to affirm people in their identity as Malian, which has always been a very vibrant and extremely tolerant culture. The Muslim fundamentalists are already trying to erode this. They work at the level of culture, and have started to try and change our culture as a way of gaining power. This is longer-term work for us as civil society and it has to start now. We have to make it clear that secularism is vital, and that as Malians living in peace with our neighbours regardless of their religion or ethnicity is our way of life.  It includes not  judging and forcing people to do or to be what we  think is right. In Bamanan (Bambara) culture and language in Mali there is a strong embrace of the concept of ‘maya’- the fact that what makes us human is our relationship and responsibility to our fellow human beings. We take this for granted as Malians, and then the fundamentalists come and start to unravel those principles very quickly. We know that fundamentalists groups work through fear and guilt. As soon as they attack a women’s hairdresser for example, of course other hairdressers will be afraid to open their shops. We know from experience in other countries how Muslim fundamentalists take over. And we can and we have to make it more difficult for them to take over.