Posted in Access to and control of resources on October 25th, 2012 by AWID Staff 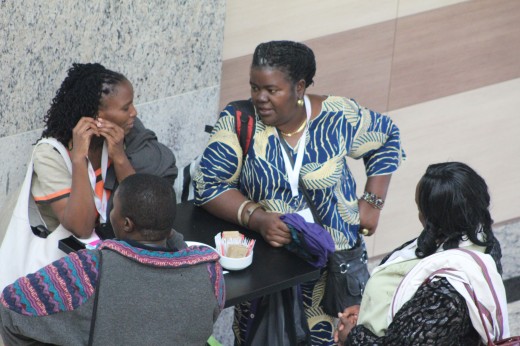 Resources are critical to people’s identities and livelihoods and to advance autonomy, agency, and rights. Yet, historically, due to gendered divisions of labour, patriarchal cultural norms and laws and economic inequalities, women in all their diversity have been denied access to resources such as education, health services, credit, land and technologies. Assessment of access to and control of resources has been a fundamental tool of gender analysis. But in the face of the ‘race for resources’, including the intensifying pressures on land, so-called land grabs in many countries of the global south and the predicted wars for access to basics such as water, there is a need for new tools and strategies. Land reform and redistribution, especially in post-colonial contexts, remain unfinished business.

What strategies are women’s movements and other allied movements such as indigenous peoples, migrant rights, landless peoples, smallholder and peasant farmers, and disability rights movements using to advance equal access to and distribution of resources?  How are women contributing to resource struggles through, for example, food sovereignty demands and campaigns against land grabs? What have we learned from the significant focus and resources given to initiatives on women’s access to credit, including microcredit? What other economic alternatives are women building, from the grassroots to the international level, to transform unequal access to and control over resources?