Posted in Culture & Religion on October 25th, 2012 by AWID Staff 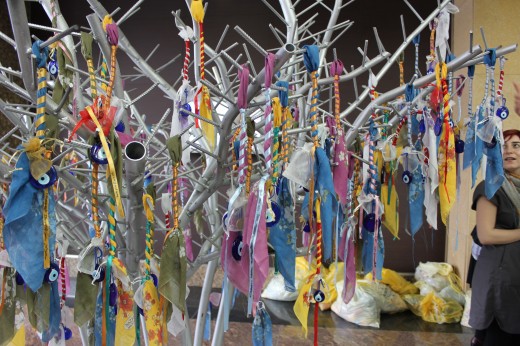 Coverage in the mainstream Turkish media was minimal during the 12th Association for Women’s Rights in Development (AWID) forum held in İstanbul on April 19-22. The major gathering brought together some 2,500 global civil society activists, donor agencies and development experts from some 140 countries. No television cameras were in sight as participants gathered at Taksim Square ahead of the closing event on Sunday, a colorful and joyous march down İstiklal Street, brandishing banners in numerous languages. İstanbul is often described as a cosmopolitan city, but such broad diversity is too rarely on display, and it is therefore welcome.
Any event conducted under the label of “women’s rights” continues to be seen as somewhat irrelevant to a broader public. Yet the topics addressed during this conference, convened under the umbrella title “Transforming Economic Power to Advance Women’s Rights and Justice,” were anything but marginal, at a time when global power balances are shifting and evidence is growing that the dominant economic model is unsustainable.

The financial meltdown of 2008 has morphed into a different kind of crisis, but the economic paradigm that caused it still influences global policies and continues to have a negative impact, in various ways, throughout the world. Women and children are often the worst affected, which is why the forum underlined the need for women’s needs to be taken into account, and for women to participate in the development of alternative scenarios. The need to increase women’s knowledge of economic matters and to build the capacity of civil society organizations working in these areas was stressed on several occasions. In the course of dozens of sessions, NGOs from all corners of the world, including a new generation of young feminists eager to carry the torch forward, highlighted particular concerns, from the discrimination experienced by indigenous women in Latin America, the problems of rural African women to the violence experienced by sex workers. The confluence between militarism, conflict and the various forms of violence that women suffer, including rape in war zones, was also widely explored.

The Arab uprisings and their aftermath were another important theme. Dictators have been toppled, and new political systems are under construction. For the people of the Middle East and North Africa region, this transformation offers great opportunities, especially for women. As things stand, Arab states, as a region, collectively rank lowest in gender gap surveys. Female demonstrators were active players in the protests that spread throughout the region, but the process of change is fraught with threats as Salafist movements seek to curtail — rather than expand — women’s rights. How secular and religious women can engage and work together to guarantee that women’s voices are heard and their rights protected was also debated during the forum. The success of such alliances will affect how democratic these regimes will be.

Other forms of religious fundamentalism, Jewish and Christian as well as Muslim, that seek to control women’s behavior continue to hinder progress toward women’s empowerment in several parts of the globe, and even threaten previous gains that were taken for granted. Kurdish women also discussed the impact that the conflict in Turkey’s Southeast has had on the underdevelopment of the region and their own rights.

Some of the activists in attendance deplored the lack of a concrete agenda — a global to-do list that could guide the work of all civil society organizations working on gender equality and women’s economic empowerment. If the topics discussed were often heavy, the four days in İstanbul provided plenty of opportunities for activists to share laughters, while networking, exchanging ideas and best practices. The energy generated by the forum allowed participants to recharge their batteries in order to carry on the fight with renewed enthusiasm.